Importance of Spanish to English Translators in Modern Business Environment: A detailed report 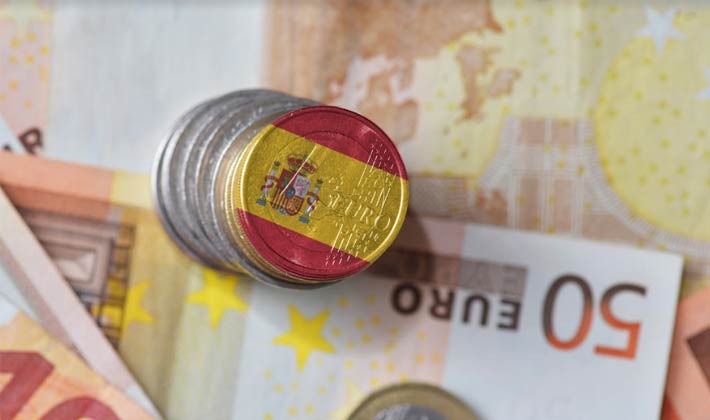 Spanish is a language that is spoken by more than 515 million native speakers across the world as per data published in 2018 and the majority of them are from Spain &amp; the USA. It is a language that is spoken globally and is regarded as the second most spoken native language after Mandarin Chinese. It is one of the six official languages of the United Nations and is also the official language of the European Union, the Organization of American States, the Community of Latin American and Caribbean States, the African Union, the Union of South American Nations and many other international organizations.

How is Spanish spoken around the World?

There are almost 10 different dialects of Spanish that are spoken across the globe. Castilian is the official Spanish language spoken in northern and central Spain. Andalusian is the dialect spoken in southern Spain and Murcian is a dialect spoken in the southeast region of Spain. There are 7 other dialects of Spanish but not much used in written business content and official documentation. Language experts and Spanish to English translators can help business enterprises create content in Spanish and save them from critical errors and disasters in communication during the course of marketing activities in target markets of various geographical locations where Spanish is being spoken.

Why your Business needs Translators for Spanish?

Spanish is continuously gaining prominence as a web language. It is the third most used language on the Internet. The total number of Spanish speakers across the world as per the report published by Internet World Stats in June 2018 is 516 million (appx). This is 6.8% of the world population. The number of Internet users in the Spanish language is 340 million (appx). This is 8.1% of the total number of Internet users worldwide. This is the main reason behind the spectacular growth of the language over the last two decades in the world of the Internet. No business enterprise can afford to risk the Spanish-speaking markets across the world and hence there is a need for an uninterrupted supply of online content being translated from English to Spanish. Business enterprises from non-Spanish background hire translation companies with experienced translators from English to Spanish to meet this requirement. On the other hand, Spanish business entrepreneurs that want to trade their products and services in the English speaking markets take the help of translation companies having proficient teams of Spanish to English translators. When a Spanish business enterprise decides to cater to markets speaking neither Spanish or English, they at first get their original content in Spanish translated to English and then from English to the third foreign language

We can categorize Spanish to English translators &amp; translators from English to Spanish into 3 main categories viz. Normal, Certified and Legal/ Sworn-in- Translators.

Normal: Spanish to English Translation &amp; vice versa can be regarded as normal translation when it is done with the intent of understanding or for use in Marketing Activities (online and offline), Website Localization, Social Media Marketing, Search Engine Optimization, Video Subtitling, Voice Over &amp; other promotional activities.

Interpretation may be explained as a translation done verbally to facilitate communication between two different language-speaking parties, these parties may be individuals, one individual, and a group, two groups or multiple groups. Spanish to English translators also provide Interpretation Services. Translators from English to Spanish provide both kinds of interpretation services viz. consecutive interpretation &amp; simultaneous interpretation. Interpretation services are vital for success in high profile meetings, exhibitions, business expositions, training sessions, technical demonstrations, lobbying activities and on many other occasions where the participating parties speak different languages. This service is very crucial for business growth in today’s global environment.

Other than written translation &amp; interpretation, Spanish to English translators is also required for subtitling of promotional and other kinds of video content. Video Subtitling is done to share the core messages of a business enterprise and information about its products and services to target markets of varied language backgrounds through video content. A video is made at first in a particular language and then subtitles are added in different languages for different language speaking target markets.

YouTube has been the most promising platform for video marketing. Most of the business enterprises create videos to promote their products and services in one primary language. YouTube has features to add subtitles in any language on these videos. If you are targeting the Spanish-speaking community as your market choose a translation company that has proficient translators from English to Spanish and get your video content translated for use on YouTube.

Translators from English to Spanish and voice artists in the Spanish language are instrumental in dubbing voice-overs in promotional and other marketing videos. These dubbed videos are made to reach out to the Spanish-speaking target market without any extra effort and cost of creating videos in Spanish. A video is not made in different languages but voice-over is used to cater the same video to different language speaking communities. Voice overs are frequently used for enhancing the benefit of marketing activities and the role of Spanish to English translators in voice- over cannot be ignored in the modern business environment.

Social Media is always preferred to be in the language of the audience in the target market. If the social media handles of a business enterprise are serving English- speaking community the content must be served in English, if the audience is Spanish-speaking community the content must be served in Spanish. Spanish to English translators and also translators from English to Spanish have been playing a significant role in the growth of social media in the Spanish language. They have helped business enterprises to reach out to their Spanish-speaking target markets and engage them, build communities around their brand and increase their trust in these brands that arrive in their market.

To be able to reach information about your products and services to your Spanish- speaking target market you have to take the help of Spanish to English Translators &amp; services of translators from English to Spanish. This is because when your audience in the target market reads your company information and about its products and services in their own language they understand it well and feel an attachment to your brand. This way you can build a community of Spanish speakers who are loyal to your brand. When your English Website is translated into Spanish you have taken the first and the foremost step towards localizing your website for your Spanish-speaking target market. Localization is not all about translating your website and it has a few more modifications to be done. To know Website Localization in more details you can read the article English vs. Local Language| Why You Need to Localize and Translate Your Website in Multiple Languages.

Business Collaterals like promotional flyers, Brochures, Price lists, etc. are also translated with the help of Spanish to English translators &amp; translators from English to Spanish. These business collaterals play a vital role in the day-to-day marketing activities of any business enterprise and help it grow in newer markets.

Search Engine Optimization (SEO) is an exercise done to increase the number of visitors to a website by ranking them higher in the search results page of a search engine like Google, Bing, Baidu Etc.

When a user types a query in the Spanish language in any search engine the search result that appears for your company must be in Spanish. If it is not in Spanish the entire exercise of ranking high will be useless as the user will not be interested in reading your content in a language other than Spanish and therefore will not click on the link of your website. This is why English to Spanish translators are required for SEO in the Spanish language to reach out to the Spanish-speaking target market. We suggest you to read: Why multilingual SEO is Imperative for success in International Markets? to know more about SEO in multiple languages.

PPC advertisement is paid advertising through Google Adwords, Facebook Instagram, LinkedIn &amp; other social media advertisements. These also need to be done in the Spanish language for Spanish-speaking target markets. This is where again you need the help of translators from English to Spanish.