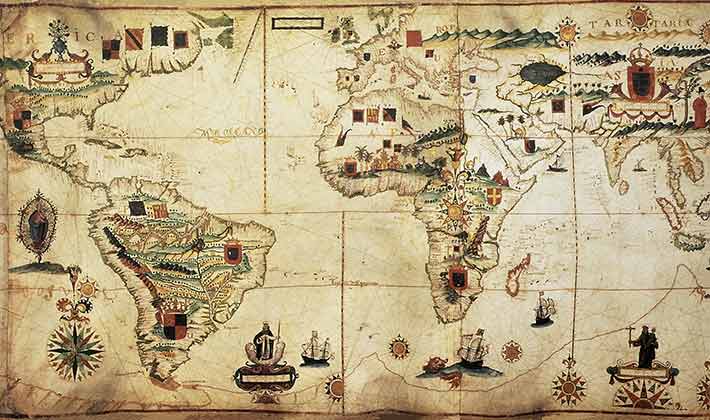 The manuscript translation is a very interesting subject for translators of high ranks. The research part of it makes most of it. Senior and seasoned translators never feel the length of time and are never tired of the challenges that they face while deciphering, transcribing and translating ancient manuscripts. Human civilization owes to them for all the hardships that they face. The manuscript translation is considered as crucial and significant in today’s world and is highly beneficial to human life on Earth. Huge finances are involved and the projects are lengthy and time-consuming. Based upon the nature of the manuscript a project time frame may vary from a few weeks to a few years. Research organizations, as well as other stakeholders, take credible interest in manuscripts translation projects across the world.

Deciphering old manuscripts in any language is difficult for many reasons. Primarily they are handwritten and are mostly illegible. The meanings of words in most of the languages have changed over the centuries and also the syntax, semantics, morphology and other essential elements of grammar have changed. Still, there remains a high enthusiasm for deciphering, transcribing and translating old manuscripts among various quarters of intellectual societies of the world as manuscripts have cultural, historical, social, political and economic and much other significance in contemporary human civilization.

Portuguese to English translation of documents, certificates & manuscripts has been regarded as a noble and lucrative profession. The manuscript translation is the job of Human translators and is not threatened by the growth of Artificial Intelligence empowered translation software and machines.

A serious interest in deciphering ancient and old manuscripts is the main criteria required for any translator who wants to work in the field of Portuguese to English translation of old manuscripts. The field is not just about translation but also mostly research. A translator must have the commitment to devote his maximum time to the project and must be open to liaising with various Universities, libraries, language & handwriting experts, experts of paleography, national archives and linguists.

Anyone who wishes to take up Portuguese to English translation of ancient manuscripts as a career must have the necessary qualifications of a Master’s degree with high credibility in the Portuguese language from a reputed University and should be equally proficient in English. He/ She must have access to many libraries and archives in Portugal, Brazil, the United Kingdom, the United States and other parts of the world. The famous archives of Portugal are Arquivo Nacional da Torre do Tombo in Lisbon, Bibleoteca da Ajuda, Arquivo distrital de Évora, Biblioteca Nacional de Lisboa, Biblioteca da Sociedade Geografia de Lisboa. These archives are very helpful in the process of deciphering the ancient Portuguese language.

Knowledge and education in Paleography are very crucial in deciphering old manuscripts. Paleography is the branch of study that deals with ancient writing systems and the deciphering of it and dating of historical manuscripts. Translators working for projects involved in the translation of manuscripts must have at least a basic knowledge of Paleography. They must also associate with experts in the field of Paleology from reputed Universities of the world to be able to do justice to the translation.

Important Guidelines for Portuguese to English Translation of ancient manuscripts

Old and ancient manuscripts are written in difficult-to-read Portuguese script. A translator must be well trained in Portuguese Paleography to be able to decipher manuscripts.

At first, a Letter-for-Letter transcription of every word and every symbol in the manuscript must be prepared.

A careful study of the handwriting of the scribe in the manuscript needs to be made.

Translators must begin with numbering each line of the manuscript.

Only during editing the transcriptions for publication the translator may add modern punctuation and capitalizations and spell out abbreviations with a note for the readers explaining the reasons and rules of editing followed for publication.

While working on Portuguese to English translation of ancient Portuguese manuscripts there are several difficulties and challenges. In older Portuguese language there were no standard spellings of words. Scribes used to write words depending upon how the words sounded to them. The spellings must be corrected during the transcribing process in which paleography experts’ opinions must be taken and considered.

All logical conclusions drawn to infer on the meanings of archaic words of older Portuguese and in the interpretation of missing abbreviations must be mentioned and explained as notes at the end of the translation.

Expert paleographers and historians of Portuguese culture and civilization must ratify the Portuguese to English translation of the manuscript in order to establish the authority of the translation.

In 1980 during researching in the Portuguese national archive, Arquivo Nacional da Torre do Tombo in Lisbon, Professor Trevor P. Hall encountered a manuscript with the Cape Verde customs receipt book of 1513-16. He immediately realized its importance in tracing out a new chapter in the history of slave trading between Western Africa and the Europeans.

His interest in Portuguese to English translation of the manuscripts drew the attention of many institutions.  Financial support in the forms of fellowships, scholarships started flowing in including Fulbright-Hayes research fellowship to Portugal, Fundação Calouste Gulbenkian in Portugal, the University of California at Santa Barbara’s department of Portuguese, the University of Virginia, Carter G. Woodson Institute for Afro- American and African Studies, The John Hopkins University extended its scholarship throughout the entire tenure of the translation project. The University of Massachusetts –Dartmouth provided financial assistance during the final editing of the work.

The whole work of Portuguese to English translation of the aforesaid manuscripts finally came out in the form of a book named Before Middle Passage: Translated Portuguese Manuscripts of Atlantic Slave Trading from West Africa to Iberian Territories, 1513-26 written by Professor Trevor P. Hall. All copyrights & Design and Patent Rights are reserved with Professor Trevor P. Hall as the translator and editor of the work.

The Library of Congress has acquired a huge collection of books in Portuguese history and literature through purchases from 1927 – 1929.  A huge volume of important documents is now available to researchers in the Manuscripts Reading Room of the Library of Congress.  Any translator or researcher in Portuguese to English translation of manuscripts will find almost 600 manuscripts in the private libraries of 2 Portuguese collectors named Conde de Olivais e Penha Longa and Antonio Augusto de Carvalho Monteiro. These include original documents and copies and also contain an index listing of names and places. A lot of pamphlets have been microfilmed and are maintained in Portuguese Pamphlet Collection. For additional reference information on manuscripts as well as pamphlets may be found in the Hispanic Reading Room. These resources help translators & researchers in Portuguese to English Translation of old and ancient Portuguese manuscripts.