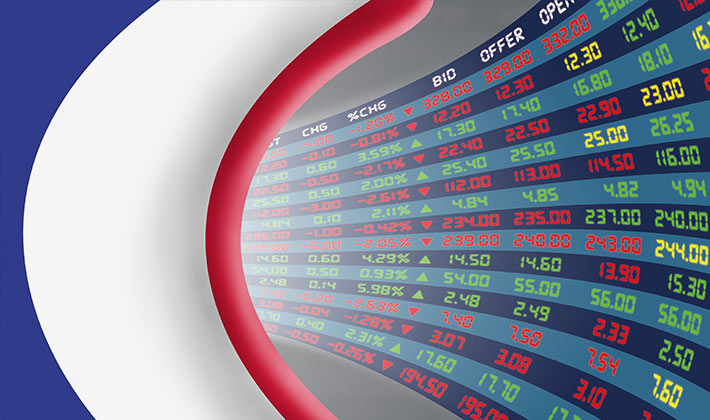 French is a language that is spoken by almost 76 million native speakers and approximately 100 million speakers as a second language across the world. French is an official language in 29 countries. It is spoken as a first language in France, the Canadian provinces of Quebec, Ontario, and New Brunswick. Various communities in other parts of the world also speak French for e.g. Belgium, Western Switzerland, Monaco, Luxembourg, the United States, and Northern Italy. Arabic is the first language in North African Arab countries but their second language is French. This happened due to the cultural and educational exchanges between Arab countries and France that became a common practice after the invasion of Egypt by Napoleon in the year 1798. French is the 2 nd most spoken language in the European Union after English.

Why your Business needs Translators for English to French and vice versa?

In 2019 the GDP of France reached a figure of $674,830 million USD which itself speaks about its rich indigenous and international business market. It&#39;s both way traffic. There has been a high volume of trading of goods and services across the borders of France. This has promoted the requirement of language-based services in French all across the World. Translators French to English is of immense help in business communication and marketing for the French business enterprises when it comes to global reach. Non-French business enterprises take the help of translators from English to French to reach out to the French-speaking target market.

Highly experienced and professional translation companies are required to fulfill the goal and objective of translation and all necessary care must be taken to ensure that the message is delivered in its full integrity. For translation from French to languages other than English the common method followed is the translation from French to English and then from English to the other foreign language. Content gets translated from English to other foreign languages to make marketing campaigns international and effective in Russia, China, Spain, India, and other countries. All care must be taken to ensure that nothing is lost in the 2-step translation process.

Certified Translation are translations done & certified as true by the licensed translators from the Ministry of Justice, and also by sworn-in-translators, and translations by translators French to English who are registered as members of internationally accredited private organizations like NAATI, ATA, and others.

Interpretation may be explained as a translation done verbally to make the interaction between two different language-speaking entities effective, these entities may be individuals, one individual, and a group, or two groups or any other combination. Translators French to English also provides Interpretation Services. Translators from English to French provide both consecutive interpretation & simultaneous interpretation as per the need of a client. Interpretation services are essential to succeed in high profile meetings, exhibitions, business expositions, training sessions, and technological demonstrations, lobbying activities and in many other situations where the participating entities speak different languages.

Video Subtitling is an essential tool to succeed in foreign markets. Translators French to English work for subtitling of marketing, educational and all other categories of video content. Video Subtitling is done to convey the messages and information of a brand in the language of the target market to the audience in target markets of varied language backgrounds. The main video content is produced at first in one particular language and then subtitles are embedded in it in different languages to cater to different language speaking target markets.

YouTube has been the most chosen platform for video marketing. Business enterprises can produce videos to market their products and services in one basic language. YouTube has made available features for adding subtitles in any language on these videos. When targeting French-speaking communities as your market you need to find and shortlist a translation company that has native, trained, experienced and efficient translators from English to French and get the video content translated and use on YouTube. For other languages, the translation company will translate the content from English to other languages and make your task easier and faster.

Specialized translators from English to French will help to create content in French that will be recorded by a voice artist. Videos with voice-overs are made to reach out to the French-speaking target market without any extra time, effort and spending of creating new videos in French. A video need not be made in different languages but the voice over has to be used to reach out to the same video to different language speaking communities. The use of voice-overs is a common practice in today’s marketing world. The role of translators French to English in voice-over should not be ignored in today’s business environment.

Use of French on the Social Networks & Social Media Platforms

Social Media posts and updates are very effective when done in the language of the target market audience. If the social media account of a business enterprise is catering to Chinese- speaking target market the content must be delivered in Chinese, if the audience is French-speaking the content must be delivered in French. Translators from English to French contributed significantly to the growth of social media in the French language. They have helped business enterprises to cater to their French-speaking target market with content that can engage them, build loyal communities around their brand and increase trust for their brands in French markets.

In order to be able to reach out to the target market in France and other French- speaking communities business enterprises need language support services in French. Translation companies are the right places to look for language-based services. The audience in the target market prefers to read the company information, about its products and its services in the language they speak, read and write. When a business enterprise does provide all these content in French translated by translators from English to French the success rate in the target market increases manifold. The audience becomes more attached to the brand and their loyalty increases towards the brand. Website Localization is done to achieve this goal. Localization is more than translating your website and it involves some additional modifications as well to match to the target audience. To know Website Localization in more details you can read the article English vs. Local Language| Why You Need to Localize and Translate Your Website in Multiple Languages.

Traditional forms of promotion and marketing activities also require language experts and translators from English to French when the target market is France and French-speaking communities across the world. This is due to the fact that all kinds of text, audio and video content of the business enterprise need to be translated into French for use in television, radio, and outdoor billboards and print media. Promotional flyers, Brochures, Price lists, and others are the basic business collaterals that are used in every business. When a business enterprise targets France and French-speaking communities as their market niche they need these business collaterals to get translated to French by translators from English to French.

Running an SEO campaign in the French language can give business enterprises quantifiable and significant benefits – the French economy is growing progressively and the Internet is used by over 86% of this particular geographical location i.e. France. See what you should focus on the off chance that your target expanding the perceived ability of your site in the French query items.

When a user makes a particular search in the French language in any search engine the search result that comes up visible on the screen for your company will be in French if you run SEO campaigns in the Fench language with the help of translators from English to French. This will benefit your business to a great extent and will have manifold results. Here is a good read for you: Why multilingual SEO is Imperative for success in International Markets? to know more about SEO in multiple languages.

PPC advertisement means Pay per Click Advertisement. In detail, PPC is paid advertising on platforms like Google Adwords, Facebook Instagram, LinkedIn & other forms of social media. If you are targeting France and French-speaking communities as your market it is necessary for you to run your PPC campaigns in French with the support services of translators from English to French. You may seek help from professional translation companies and translators for keywords research in French, writing advertisement copies and analyzing results.